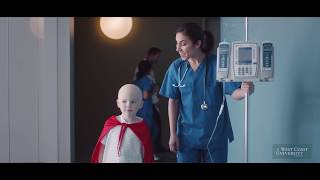 Gigasavvy and Chuck Oldfield have cast Nicole as the principal female in their new campaign, "A Nurse's Prayer". In the commercial, Nicole will portray a nurse going through the daily struggles that end in saving a life. Nicole will not only appear in West Coast University's television commercials, but you may also see her face on billboards, bus stops, and on the web.

Currently Casting and the Lays Potato Chips have cast Nicole as a principal female in one of their new promotional spots featuring the chip's new bag. In the quick clip, Nicole distracts her boyfriend with a funny face and the Lays Chips bag while he tries to nail the last shot in a game of pool. The commercial will run on multiple cable channels, billboards, and internet media, on a national scale.